Samsung has just revealed the launch date of the highly-anticipated Galaxy Note8. As rumored, the phone will be unveiled on August 23rd at an event in New York. 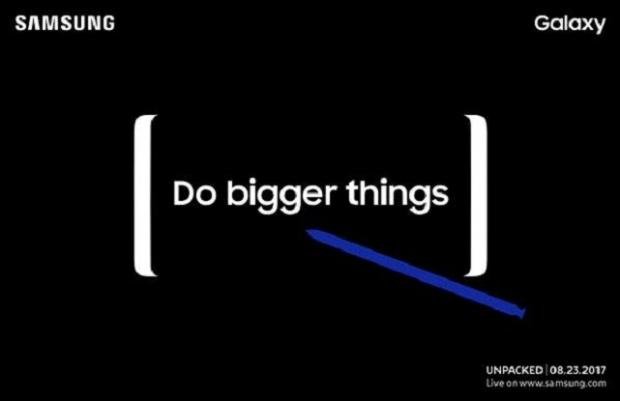 The promotional poster also reveals a few things about the upcoming phone. Of course, we can see the stylus which is expected with the Note line, but also that the phone will feature Infinity Display.

We recently saw some reports that Samsung could move away from the symmetrical design of the S8. However, according to the poster, the Note8 will be very similar to the S8 and S8+.

The Note8 should feature a 6.3-inch display, slightly larger than the Galaxy S8+ The device is expected to be powered by the unreleased Snapdragon 836 or Snapdragon 835 and come with 6GB of RAM.

One of the biggest questions is the placement of the fingerprint sensor, which, according to the latest reports, will remain in the awkward position on the back next to the camera.