By now you probably heard that Apple is having some serious issues regarding the placement of the fingerprint sensor. We anticipated that the fingerprint scanner would be embedded under the display on the home screen, but due to certain issues, it seems that option is out of the picture. 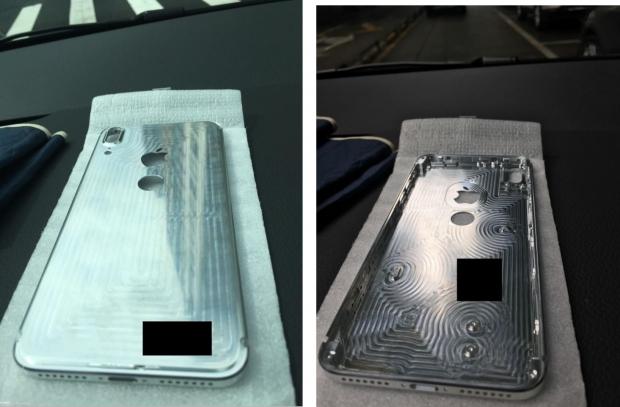 Some reports suggest that Apple might ditch the Touch ID altogether and that the iPhone 8 might feature facial recognition only. We also saw a report stating that Apple will go with an enlarged power button on the side of the phone which will also serve as a fingerprint scanner.

Now, a new leak has emerged showing the simplest yet slightly disappointing solution. According to the report supported by images of the alleged iPhone 8's back panels, the company will place the fingerprint sensor on the back of the device, right under Apple's logo.

The iPhone 8 should be a premium device and come with certain upgrades that the iPhone 7s and 7s Plus won't get so this solution might be a deal breaker for customers especially considering the anticipated high price tag of the device, which should be over $1,000.