Bethesda is unloading tons of value for current and potential DOOM players, starting with free multiplayer DLC, a MP overhaul, a price cut, and last but not least, free weekends. 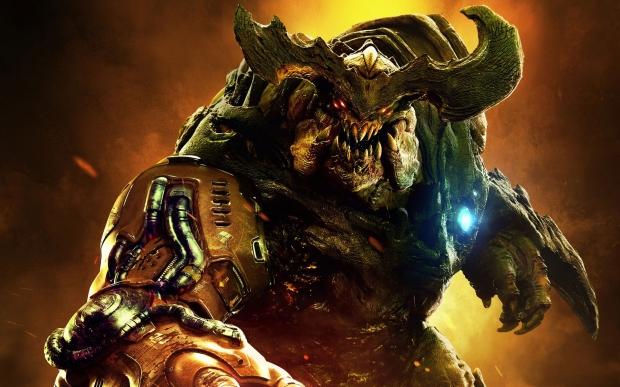 If you've yet to pick up id's new explosively gritty, demon-smashing, skull-crushing, rip-and-tear shooter DOOM, then Bethesda is making it worth your while. The publisher today launched DOOM's v 6.66 update, a big 30GB+ update that makes all multiplayer DLC for all owners of the game--the season pass has been abolished!--and gears the game up for free weekends.

Also included in the aptly-named 6.66 update is a considerable overhaul to the game's fast-paced multiplayer, including a complete revamping of the progression system--unlockable items are now gated behind EXP progression rather than being randomized.

Last but certainly not least, Bethesda is offering free weekends on all platforms and slashing the price tag.

This move makes a lot of sense considering Bethesda has two major shooters on the way with the single-player focused Wolfeinstein 2: The New Colossus and the explosively fast-paced shooter Quake Champions.