Activision Blizzard are arguably the kings of microtransactions, and nearly all of the company's live games are monetized with in-game purchases in the style of random loot crates or packs.

The publisher's next Call of Duty game, Call of Duty WWII, will also be monetized in this way via "supply drops", or purchasable content packs that unlock random rewards. Developer Sledgehammer Games says that Call of Duty WWII's supply drops won't actually affect weapon and armor stats and will instead be totally cosmetic, meaning there won't be a pay-to-win element.

"All weapon variants and gear variants in Call of Duty: WWII supply drops are cosmetic only, so there are no stat-based variants in play," Sledgehammer Games exec Michael Condry said in a recent Reddit AmA.

"We're also offering players Collections and Collection Bounties, giving a direct path for our community to earn items through all modes of MP and Headquarters play."

Activision reported that in 2016 total digital in-game revenues doubled year-over-year and represented over half of the company's $6.6 billion total yearly revenues. As a result, Activision raked in an incredible $3.6 billion from player purchases in games like Hearthstone.

Neither Sledgehammer Games nor Activision have highlighted specific information regarding the game's monetized supply drops, such as pricing or reward chance, but we suspect more details will follow in the coming weeks.

Call of Duty WWII is slated to release on November 3, 2017 for PlayStation 4, Xbox One and PC. 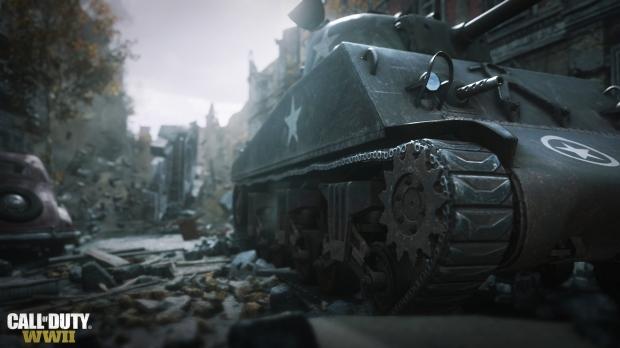