For the first time ever, Toshiba is publicly demonstrating its new 64-layer BiCS memory at the Dell EMC World conference in Las Vegas. 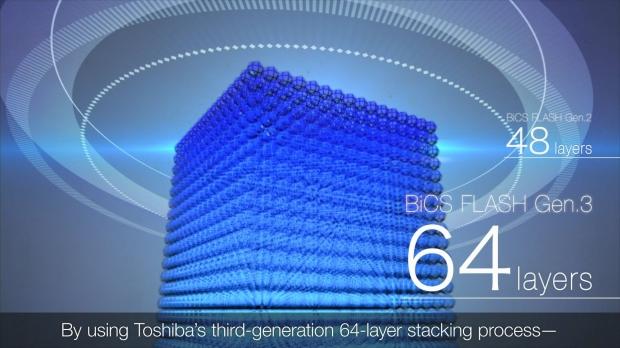 Toshiba also announces that it plans to migrate all client, data center and enterprise SSDs to tap its next-gen 64-layer BiCS 3D NAND TLC memory to ensure optimum performance, capacity, and endurance. No official timeline was given for this migration, but one thing is clear: Toshiba is betting big on its BiCS flash.

"The future of SSDs is 3D," said Greg Wong, Founder and Principal Analyst of Forward Insights. "3D flash memory is enabling the production of higher capacity and more cost effective SSDs to better meet a variety of requirements across the consumer and enterprise spaces."