Valve will make some key changes to Steam's trading card economy in an effort to stop "asset flippers" from making cash on badly optimized game clones. 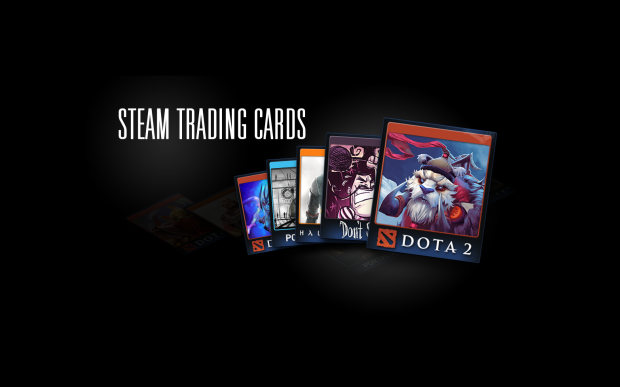 Steam's digital trading card economy is quite lucrative. Instead of making their money from actual game sales, a portion of Steam Greenlight indie developers actually make their cash from trading cards. In fact, some developers go so far as to create "asset flips," or multiple versions of the same game with subtle variations, and release them onto the platform for the lowest price as possible. Steam users then grab the game simply for its trading cards and sell the cards onto the market, generating a little kickback for the devs.

According to Jim Sterling, the internet's favorite D-list video games pundit who recently took a trick to Valve's offices to preview Steam's new changes, Valve has known about this practice for quite some time, and plans to do something about it.

"It was confirmed in the meeting that these devs do indeed make their money from Steam's trading card system," Sterling said in a recent Jimquisition video.

"Long suspected but never officially confirmed and given the public blasting it deserves, Steam's unlockable trading cards are indeed the way that companies like Digital Homicide made their money. And there are plenty of bottom feeders continuing to exploit the system by cobbling together a quick bunch of assets, selling the game for a few cents or even just giving away codes in droves, and then letting the card economy generate kickbacks. Valve is currently working on changes to the card economy designed to choke the life out of the asset-flip cottage market that sprung up around it. Those changes are still being discussed."

Valve also plans to evolve its Steam Greenlight platform by replacing it with Steam Direct, which Valve hopes will manifest more carefully monitored and curated platform. Steam Direct will require developers to fill out paperwork and pay an applicable fee for each game submission, which in theory should separate the wheat from the chaff.

It'll be interesting to see what fixes Valve will roll out, but I think this problem is much more widespread than anticipated, and will take some serious planning to stamp out entirely.