Capcom today announced that six of its most popular 8-bit NES classic games will be ported over to consoles and PC next month--all current consoles except the Nintendo Switch. 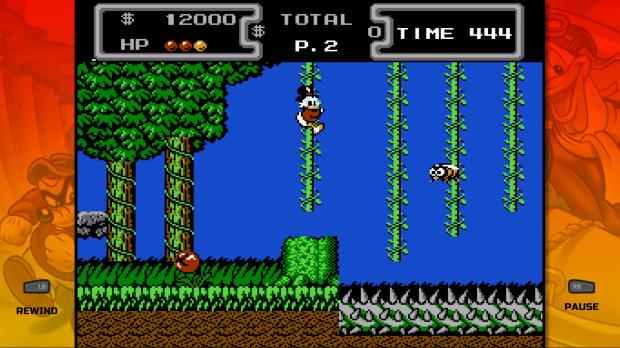 The Disney Afternoon Collection will include such classic NES Capcom games as the immortal Duck Tales (woo-ooo!), Darkwing Duck, TaleSpin and Chip n' Dale Rescue Rangers. All of the titles will be preserved in their retro 8-bit form, without any Square Enix style remastering.

The collection will drop on April 18 on PS4, Xbox One and PC. No, it's not coming to the Nintendo Switch. You'd think that games originally released for a Nintendo console would, you know, come to the new Nintendo console right?

Yeah, it's not happening.

We also get these new modes with the collection:

REWIND! So it's probably been a while since you've played these games, or maybe it's your first time diving into them. Either way, some of those jumps and surprise enemy attacks can really throw a wrench into an otherwise perfect run. Enter the Rewind feature: just hold down a button, go back in time, and rewrite history by nailing those sick pogo tricks and crate throws.

TIME ATTACK! Race against the clock and use the online leaderboards to compare your best times with other players across the web. Note you cannot use the Rewind feature here, so make sure you practice beforehand!

BOSS RUSH! Just looking for a quick way to challenge your reflexes? Good news: we have some pretty intense boss battles waiting for you. Just like in Time Attack mode, it's a true test of your skills, so no help from the Rewind feature here either.