One of the biggest worries about Nintendo's new Switch handheld-and-console hybrid is on-the-go battery life. Unlike most handhelds on the market (phones excluded!) system pelts out gaming at 720p HD resolution, but the battery life is actually pretty impressive given Nintendo's original projections. Here's our analysis. 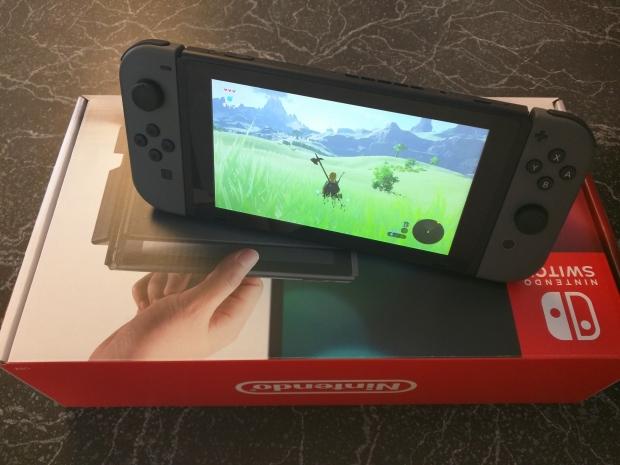 To conduct this battery test I played the Switch's most demanding game, Zelda: Breath of the Wild, in handheld mode. Using a stopwatch app on my phone, I proceeded to play while writing down battery capacity as the stopwatch counted upwards.

The console's brand new 4310 mAh battery was fully charged, and hadn't really depleted much charge since I got it as I kept it docked for the most part. The JoyCons were attached for this test, and both the left and right controllers were fully charged too.

The brightness was set at about 65% or so.

The battery itself discharged at a fairly consistent rate, and throughout the session, the Switch didn't get very warm. In fact it was surprisingly cool even during intense battle sequences and areas with dynamic lighting and atmospheric effects. It's worth noting that this session consisted of both freeform exploration and main quest adventures with cutscenes.

All in all a fully charged Switch battery gave me approximately 3 hours, 18 minutes and 38 seconds of consistent, active play in Zelda: Breath of the While in Handheld Mode.

This is actually more than Nintendo's estimated "about 3 hours" of handheld battery life, and even more than Arekkz's findings, which clocked in at 3 hours 2 minutes in Breath of the Wild.

Below you can find an easy list of our findings. The percentages and times were recorded randomly to give you a better idea of the discharge rate.

The data below is measured in how much battery percentage was available at how much time has passed on the stopwatch. 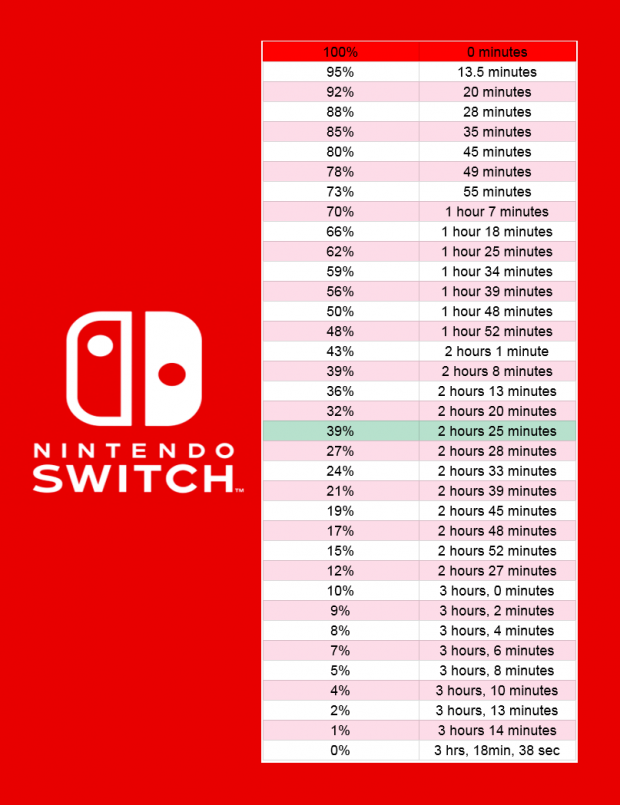 Keep a look out for more Nintendo Switch coverage!