To celebrate this week's release of 'Jack Reacher' on 4K Blu-ray, Blu-ray and DVD, we have 15 Blu-rays to give away thanks to our friends at Universal Sony Home Entertainment. 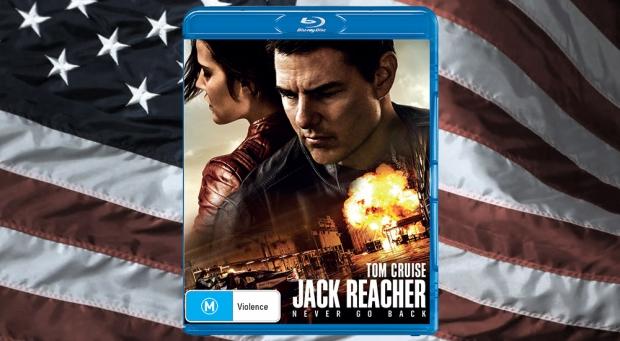 Never give in, never give up, never go back. Jack Reacher (Tom Cruise) returns with his particular brand of justice in the highly anticipated sequel Jack Reacher: Never Go Back. When Army Major Susan Turner (Cobie Smulders), who heads Reacher's old investigative unit, is arrested for Treason, Reacher will stop at nothing to prove her innocence and to uncover the truth behind a major government conspiracy involving soldiers who are being killed. Based upon Jack Reacher: Never Go Back, author Lee Child's 18th novel in the best-selling Jack Reacher series, that has seen 100 million books sold worldwide.

Name the author of the original Jack Reacher novels

'Jack Reacher: Never Goes Back' is available on Blu-ray and DVD at leading Australian retailers from February 22.