To celebrate this week's release of 'Fear The Walking Dead: The Complete Second Season' on Blu-ray and DVD, we have 15 Blu-rays to give away thanks to our friends at Entertainment One Home Entertainment. 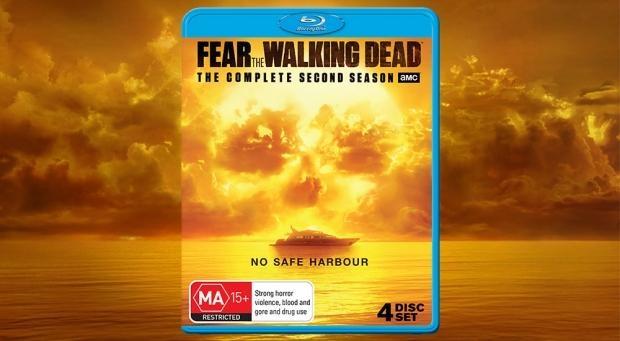 Death Knows No Borders. Set in the same universe as The Walking Dead, Fear The Walking Dead follows a blended family during the early days of the undead apocalypse. After witnessing the burning of Los Angeles, Madison, Travis, Daniel and their grieving families head off the coast aboard a yacht, still unaware of the true breadth and depth of the devastation that surrounds them. But as the military bombs the greater Los Angeles area to cleanse it of the infected, the dead are driven towards the sea. As the group heads for ports unknown, they will discover that the water may be no safer than land.

Where would you hide during the zombie apocalypse?

'Fear The Walking Dead: The Complete Second Season' on Blu-ray and DVD at leading Australian retailers from February 8.