Every big-budget game has a cutting room floor filled with amazing and expansive things that just didn't make it into the final game--especially Final Fantasy 15. I recently talked about some of the major game-changing things found on Fallout 4's cutting room floor, and now thanks to a new glitch we've uncovered a massive portion of Final Fantasy 15's scrapped content.

YouTuber Fotm Hero recently glitched through the game's barriers to uncover an absolutely massive in-game environment that wasn't explicitly used in the main game. The area is so big that the user spends a full hour running through the environment, which isn't fully fleshed out with items or anything, but it has towns and buildings and is still very far from unfinished.

Considering Final Fantasy 15's troubled development, finding an unused area this big isn't necessarily surprising: lots of Square Enix's plans never manifested into the final game, especially story content. That's one of the major reasons why the story seems so awkward. Pre-development leaks suggest that the devs wanted to have a second open world in Niflheim, but the plans were scrapped because of the strict deadline.

Now there's still a chance the area could be featured in Final Fantasy 15's upcoming DLC packs in some fashion, but it also might sit in unfinished limbo for eternity, acting as a backdrop to remind us what almost was. 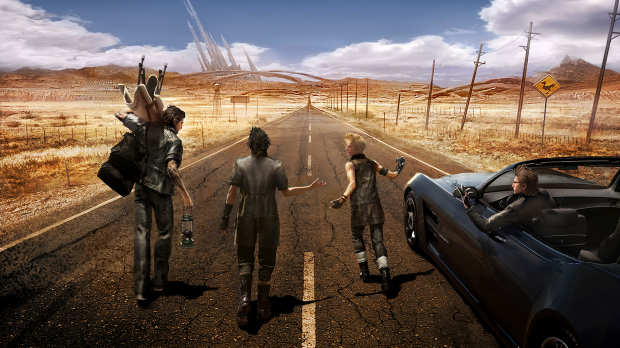