BioWare has confirmed that Mass Effect: Andromeda won't have a season pass, but that's not surprising, considering BioWare RPGs typically don't have season passes. But that doesn't mean the new Mass Effect won't have paid DLC--in fact, it will have microtransactions to fund multiplayer content.

BioWare General Manager Aaryn Flynn recently confirmed that ME: Andromeda wouldn't sport a season pass on Twitter. Like I said above, this isn't really a surprise--in fact, it's to be expected. What is surprising is that the game will have a loot bag style microtransaction model in its online multiplayer mode to unlock features in its card-based economy, likely similar to the one featured in Dragon Age: Inquisition.

And I fully expect Mass Effect: Andromeda to have DLC packs, but we'll have to pay for them a la carte like usual--but PC gamers will likely have to shell out for more BioWare Points.

If you play BioWare RPGs on PC, then you know (and absolutely loathe) about BioWare Points. While console gamers can spend cash to buy Dragon Age and Mass Effect DLC packs on demand, PC gamers have to purchase BioWare's point-based currency from the Origin store in order to get the DLC.

And that's the only way to get the DLC for PC players: BioWare doesn't lump the DLC with the games, and they don't typically offer "GOTY editions" of their games. So this antiquated model will likely carry over to Mass Effect: Andromeda, further driving a wedge through the PC gaming community.

BioWare Points are the main reason that PC gamers typically haven't ever played complete versions of BioWare games. Sure EA will give you Mass Effect 2 "on the house," but it knows that you'll have to shell out for BioWare Points to get the full experience.

In any case, the bottom line is this: Mass Effect: Andromeda won't have an easy accessible one-off season pass that unlocks full access to all of the game's DLC; instead, BioWare will continue business like usual and have players buy each DLC pack one-by-one.

And like any multiplayer game on the market that uses "free" updates as a means to facilitate a very real sense of gambling casinos and pay-to-win models, ME: Andromeda will have microtransactions in its multiplayer mode.

I recently talked about why I'm worried about Mass Effect: Andromeda, and now I'm even more worried...

In any case, Mass Effect: Andromeda warps into lightspeed on March 21, 2017 on PS4, Xbox One and PC. 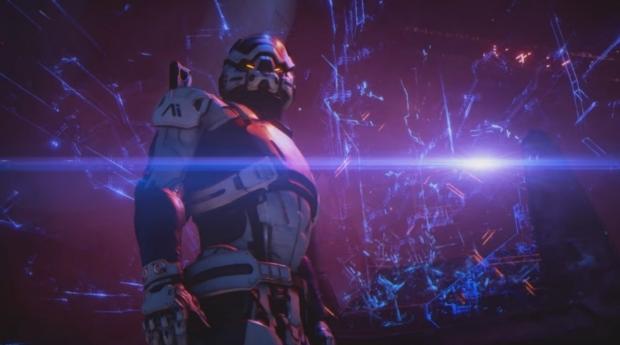