To celebrate this week's release of 'Jason Bourne' on Blu-ray and DVD, we have 15 Blu-rays to give away thanks to our friends at Universal Sony Home Entertainment. 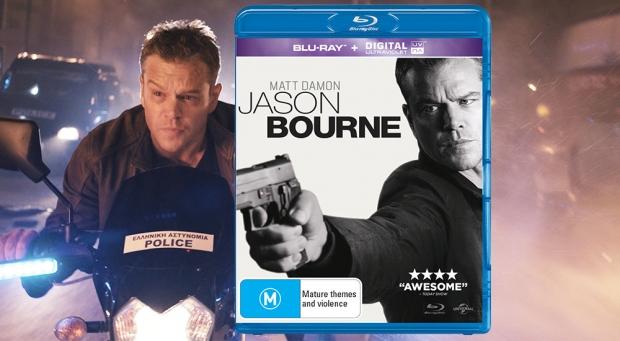 You know his name. Years after the events of The Bourne Ultimatum, former CIA assassin Jason Bourne (Matt Damon) resurfaces just as his former employers are implementing a new program aimed at hunting him down. Now fully recovered from his amnesia, Bourne teams up with Nicky Parsons (Julia Stiles) to uncover the truth behind his father's death, while simultaneously exacting revenge and evading the government forces hot on his trail. Paul Greengrass returns to helm this sequel, which co-stars Tommy Lee Jones, Alicia Vikander, Riz Ahmed, and Vincent Cassel.

Name the creator of the Bourne series