A bit of mysterious code might indicate Valve is working on a Half-Life VR game for its Vive headset.

A few bits of code for "HLVR" were recently found in a new DOTA 2 update, and this could be Valve's way in communicating with its community without making any sort of official announcements. "HLVR" code has been found many times in the Destinations Steam VR app, and its believed the HLVR code is linked to Valve's experimental in-house VR prototype made of Half-Life assets that was used to test out the Source Engine's limits in VR.

"We've said, 'Let's take some existing art and see how it fits,'" Valve programmer Jeep Barnett told Kotaku in an interview back in 2015. "So yeah, we'll grab some headcrabs, we'll grab the machine guns from Half-Life, the rocket launcher-all those different fun things-and see how they play in VR. But right now, it's a tool for exploring the different kind of game designs we want to do."

According to the DOTA 2 update source code, the HLVR code is specifically "used to force the HLVR player to speak", hinting that the Half-Life VR game (if it's indeed real) will have some sort of dynamic interactivity with players. It's interesting to see any mention of this source code in DOTA 2 especially since it has nothing really to do with DOTA at all.

Maybe we'll hear Valve make some sort of clarification in the coming days, but don't bet on it. The company is notorious for its inability to count to three, and is extremely secretive when it comes to certain things--namely the future of the beloved FPS franchise. 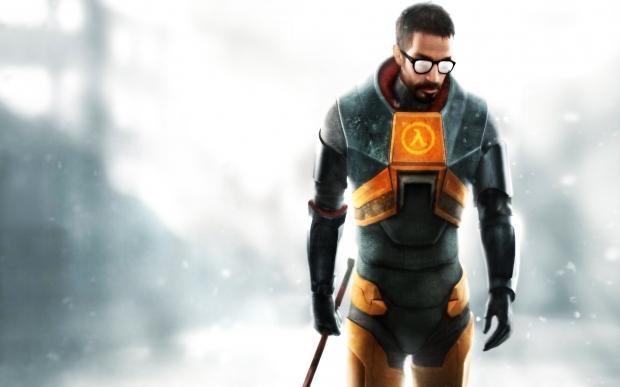