Oculus CTO John Carmack has said some crazy things over the years, with a standout moment at the Game Developers Conference earlier this year where he said: "Minecraft for GearVR will be the biggest VR game of 2016". Well, yeah. 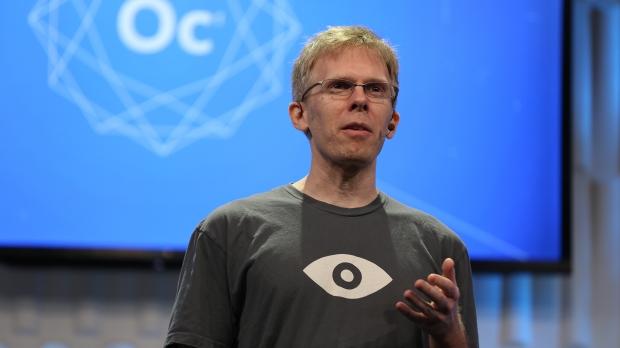 Carmack talked at the recent Oculus Connect 3 conference, where he said that the current VR development community "need to be harder on ourselves". He added: "We are coasting on novelty, and the initial wonder of being something people have never seen before. But we need to start judging ourselves. Not on a curve, but in an absolute sense. Can you do something in VR that has the same value, or more value, than what these other [non-VR] things have done?"

Carmack discussed "objective measurements of quality", specifically mentioning that VR developers need to improve UI design, with the Oculus CTO noting the absence of voice control in VR apps and games, reiterating the long loading times in some VR titles.

In other areas of the VR market, development teams are "fighting and struggling" to get load times down to 29 seconds or less, but he said this is still too much for VR. Carmark added: "That's acceptable if you're going to sit down and play for an hour....but [in VR] initial startup time really is poisonous. An analogy I like to say is, imagine if your phone took 30 seconds to unlock every time you wanted to use it. You'd use it a lot less".

"There are apps that I wanted to play, that I thought looked great, that I stopped playing because they had too long of a load time," he continued. Adding: "I would say 20 seconds should be an absolute limit on load times, and even then I'm pushing people to get it much, much lower".

But it was the comments on VR being a novelty for some, with Carmack adding: "the biggest thing I want to impress on people. This is misguided. It's not just that it hurts your performance, or the visual quality isn't as good; it's actually the wrong thing to do".

I reached out to Anshel Sag, Associate Analyst at Moor Insights Strategy, who said: "I believe there's lots of room for improvement in VR apps, but the problem is that the market isn't big enough to justify enough funding to supply enough resources to make the kinds of games he's talking about. Sure, creativity and unique game play will take you so far but a lot of what he's talking about is polish and improving the overall experience which generally takes a lot of man hours".

"I believe his view is why Facebook is continuing to invest heavily in quality content to enable developers to have the right resources for their projects regardless of VR's size today", Sag added.