GDC 2016 - During the Game Developers Conference, Oculus held its own event where it showcased Minecraft running on the GearVR. The GearVR is Samsung's own VR headset, something the South Korean company collaborated with Oculus on over the last few years.

Minecraft is an interesting game to hit the GearVR as it's an IP that's now owned by Microsoft, who didn't show any VR technology at GDC - especially when compared to its competitor in Sony, and the PS4. Sony displayed PlayStation VR in a big way at GDC, going as far as announcing the $399 price during the show in San Francisco.

As for Minecraft on the GearVR, it was running on a Samsung Galaxy S6 smartphone and was super-smooth. It was quite the experience to be playing Minecraft in VR, and even more so when you realize it's powered by a smartphone - and not a PC or console. 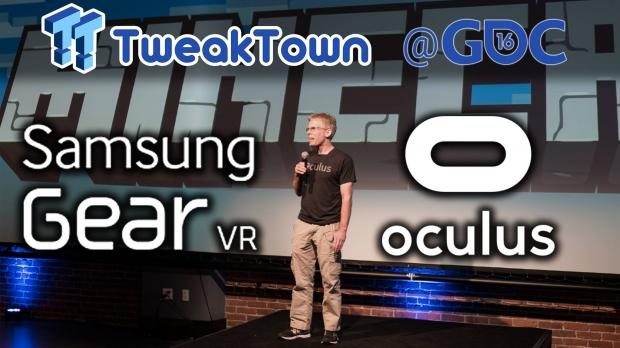