SEGA has confirmed that Yakuza 6--which still hasn't been confirmed for localization in the West--will have absolutely zero loading screens when it launches on PS4 in Japan. SEGA describes Yakuza 6 as "completely seamless," but you still shouldn't expect the game to be a massively-scoped open-world endeavor.

"We've worked hard to make this game completely seamless. You can engage in the central adventure, get into battles, watch drama scenes, and go back to the adventure, all without any loading screens. Go into any building or any room or any floor without loading," Yakuza creator Toshihiro Nagoshi told IGN.

Yakuza 6 will also be upgraded on Sony's new PlayStation 4 Pro console, so we'll likely see the Japanese title upscaled to 4K 30FPS with HDR support, and maybe even 1080p 60FPS to boot.

Nagoshi goes on to explain why they've worked so hard to get Yakuza 6 running without loading sequences, and how it can impact the actual gameplay. He also says that a good portion of the game's budget went into making the game seamless.

"Loading is problematic for lots of reasons, including its effect on the realism of the story - let's say you have a 60-second countdown to reach a location and stop an explosion, but when loading screens come in, how do we account for those seconds? How do we keep the pressure on? So we really pushed to make it seamless this time. That's where a lot of the budget went, and it's also the reason we did not make a version for PS3. The effect is that the player has the freedom to solve problems as they like, and the sub-quests themselves are presented in a seamless way."

There's still no word on a Western release, and Yakuza games typically take a bit to see localization. Remember, though, that the PS4 is region-free so you could import Yakuza 6 and play it on your PS4...but you'd still need to be fluent in Japanese. 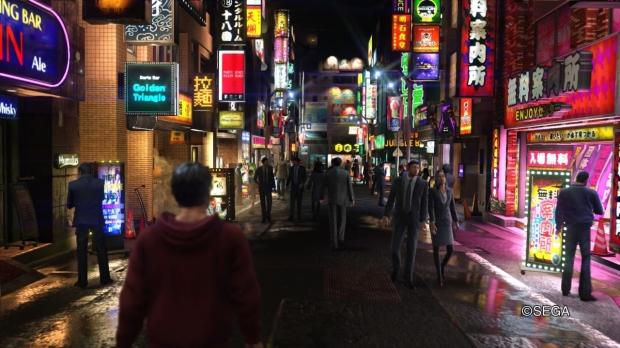