Ubisoft is using one of the most unique PR pushes I've seen, with a device that shoots farts into your nose - a real life version of the Oculus Rift parody in South Park: The Fractured But Whole video game called the Nosulus Rift. The device straps to your face, shooting the smell of a fart directly into your nostrils - yeah, we're not joking.

Oculus' Head of Studios, Jason Rubin, was asked what he thought about the device, as it's a parody of the Oculus Rift headset. Rubin said: "[Matt Stone and Trey Parker] are some of the funniest human beings on the planet and very deserving of their accolades. Having Matt and Trey take on Oculus says we've made it. It is absolutely a moment of pride for Oculus". Stone and Parker worked with Rubin on South Park: The Stick of Truth when Rubin was the CEO of the now-closed developer THQ. Rubin added that "producing Matt and Trey was one of the most amazing moments" of his career".

Rubin added: "We would go and hear their pitches for levels and they'd be like, 'Okay, you're climbing up a rectum,' and I was like, 'Oh my god, how are we going to get this by the ratings board? Those guys are amazing. It's a moment of pride. More power to them. Ubisoft is a big supporter of VR, so the joke is on all of us and we all share in that".

GameSpot has goes nostrils-on with the Nosulus Rift, which you can check out here. 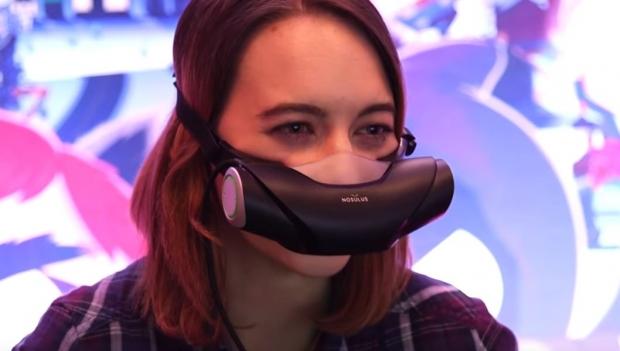