Siggraph 2016 - Walking through Siggraph 2016, there's something that caught my eye in a big way - Otoy had a 16K display on show, using 16 x 4K TVs, powered by AMD's new Radeon Pro graphics cards. 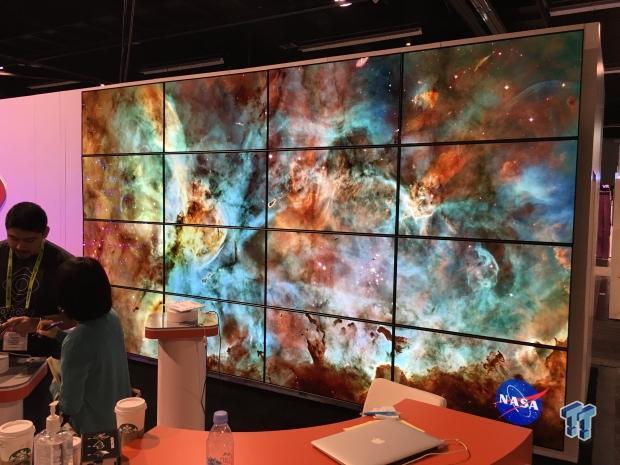 16K is pretty crazy, so let's clarify what we're talking about here: 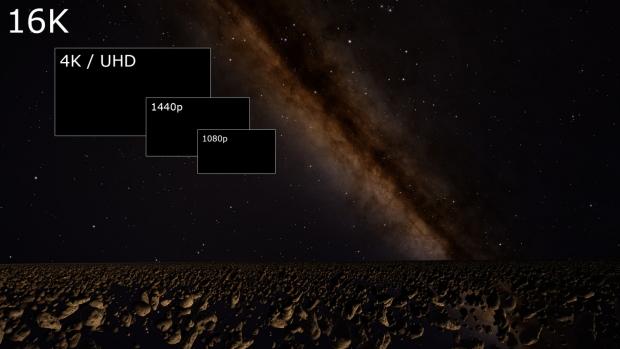 All of this is made possible by AMD's new Radeon Pro graphics card, powered by the Polaris architecture. AMD has shifted its focus within the professional graphics card world, rebranding their FirePro range to Radeon Pro - without killing off FirePro just yet.

Otoy used 16 x 55-inch 4K OLED TVs from LG, which looked beautiful during the demo. There weren't any games running on it, just static images, but one of them was from NASA and it looked utterly gorgeous. I do have one question, though: can it run Crysis?