To celebrate this week's release of 'Batman v Superman: Dawn of Justice - Ultimate Cut' on 4K UltraHD Blu-ray, 3D Blu-ray, Blu-ray and DVD, we have ten Blu-ray copies to give away thanks to our friends at Roadshow Home Entertainment. 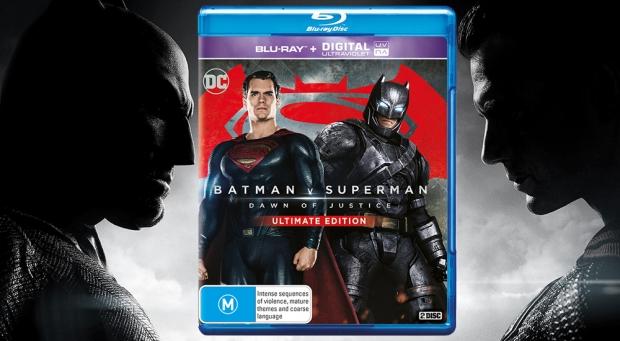 From director Zack Snyder comes 'Batman v Superman: Dawn of Justice', starring Oscar winner Ben Affleck as Batman/Bruce Wayne and Henry Cavill as Superman/Clark Kent in the characters' first big-screen pairing. Fearing the actions of a god-like Super Hero left unchecked, Gotham City's own formidable, forceful vigilante takes on Metropolis's most revered, modern-day savior, while the world wrestles with what sort of hero it really needs. And with Batman and Superman at war with each other, a new threat quickly arises, putting mankind in greater danger than it has ever known before.

Name the two creators of the Batman character.