SpaceX has been on a roll lately with three consecutive successful rocket launches and landings. It all came to an end yesterday though when its Falcon 9 rocket failed to land on a floating drone ship at sea and promptly exploded (or suffered a "rapid unscheduled disassembly" as founder Elon Musk puts it), but not before it successfully launched two satellites into orbit. 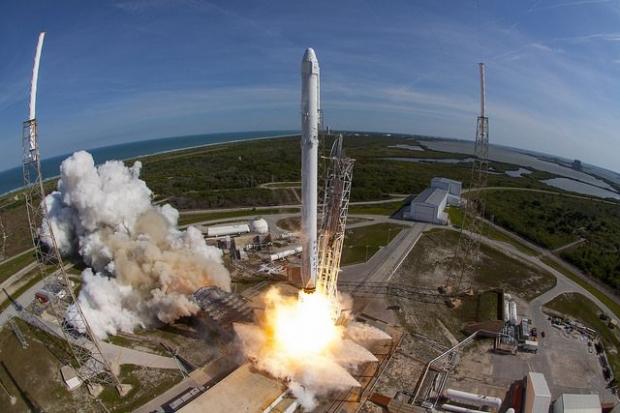 Musk says the explosion was caused by low thrust in one of the rocket's three primary engines, and that the company is now working on upgrades to the rocket in order to handle the same situation in the future.

SpaceX has a carg resupply mission for the International Space Station next month, followed closely by a Falcon 9 ground landing in Cape Canaveral, Florida and a satellite launch in August.