Computex 2016 - The very spirit of Computex is all about showing today's technology pushed to incredible new limits, and G.Skill served up some mind-boggling awesomeness with its TridentZ DDR4 RAM demo. 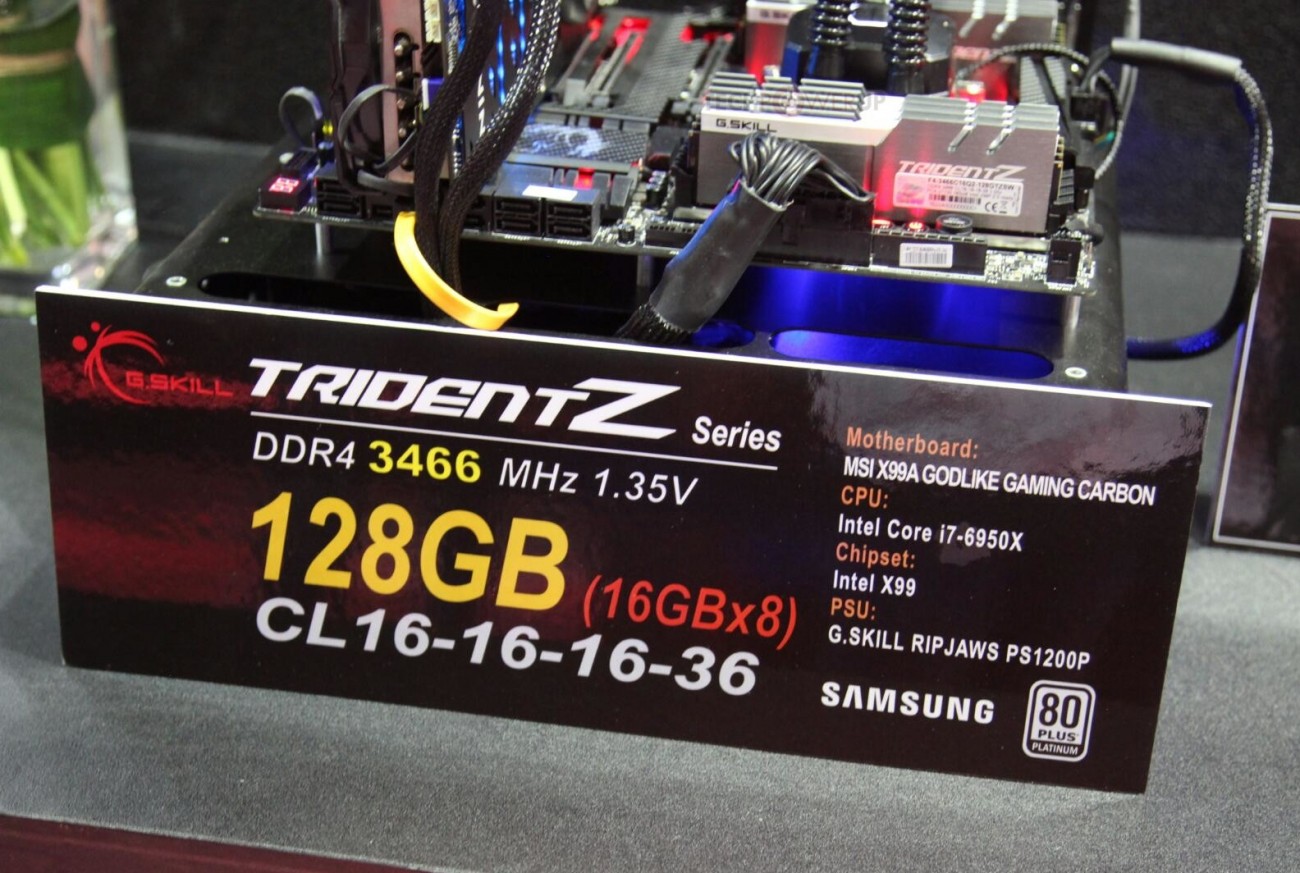 Not content with achieving the world's first 5GHz DDR4 overclock, or holding the top seven RAM speed records, G.Skill decided to drop even more jaws by showing off an insane demo rig with 128GB of TridentZ DDR4 RAM. G.Skill packed in 8x 16GB DDR4 3466MHz TridentZ RAM modules onto a MSI X99A Godlike Gaming Carbon motherboard fastened with Intel's new Core i7 6950X powerhouse CPU to show us the things dreams are made of.