By 2020, EA's DLC and season pass content will more than double, with physical disc-based games shrinking by half. 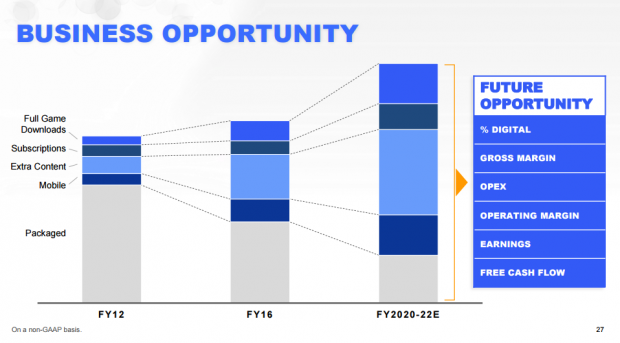 Based on EA's new Investor's Day slides, the company is making a big push to "leveraging digital to drive growth and profitability", meaning digital game downloads and DLC/season pass content will be a major focus for the company moving onward.

In about four years time, EA's physical games will be far overshadowed by full digital game downloads, and "extra" content like DLC, season passes and microtransactions will rise dramatically. EA's most lucrative "extra content" is FIFA Ultimate Team, which is expected to only increase in value. Subscriptions will hike up a bit, bolstering services like EA Access/Origin Access and "live services" like Star Wars: The Old Republic, with mobile pushing up some too.

So there you have it. Expect to see a gradual increase in season passes, micro-transactions and DLC content. EA CEO Andrew Wilson recent confirmed that Battlefield 1 will have "micro and macro-monetizations", and expect to see more Ultimate Team in EA Sports games like FIFA 17, Madden 17, NHL 17 and NBA Live.

Not only that, but we'll likely see more free-to-play games like FIFA Online 3 on PC and expanded freemium mobile games.

As for the push towards digital content, we may very well see disc-based games phased out in the next five or six years. Let's just hope the ISPs are ready to serve gamers that staggering amount of bandwidth needed to download so many games. 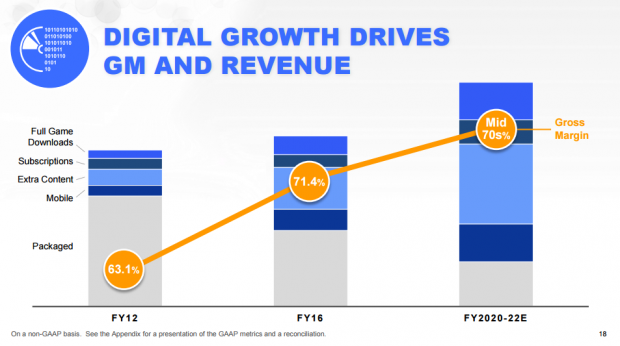