To celebrate this week's release of 'Heroes Reborn' on Blu-ray HD and DVD, we have ten Blu-ray copies to give away thanks to our friends at Universal Sony Australia. 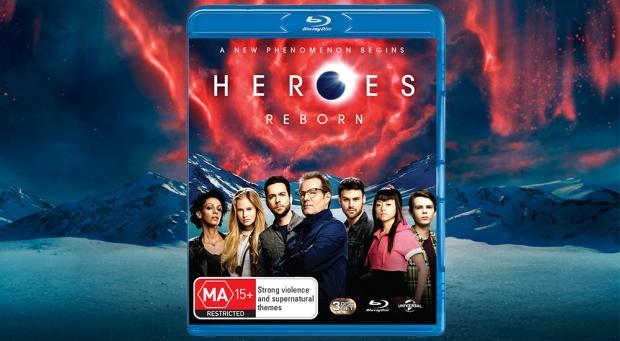 A new phenomenon begins. From Creator/Executive Producer Tim Kring, who imagined the original critically acclaimed 2006 "Heroes" series, comes "Heroes Reborn," an epic 13-episode event series that chronicles the lives of ordinary people who discover they possess extraordinary abilities. For better or for worse, some are fated to cross paths with assorted heroes of the past, including Hiro Nakamura (Masi Oka), Matt Parkman (Greg Grunberg), Mohinder Suresh (Sendhil Ramamurthy) and the Haitian (Jimmy Jean-Louis), among others. Yet, together, their ultimate destiny is nothing less than saving the world and mankind.

What superpower would you choose for yourself, and why?

'Heroes Reborn' is available to purchase on Blu-ray HD, DVD and digital from April 21st.