To celebrate this week's release of 'Hannibal: Season Three' on Blu-ray HD and DVD, we have ten Blu-ray prize packs to give away thanks to our friends at eOne Home Entertainment. 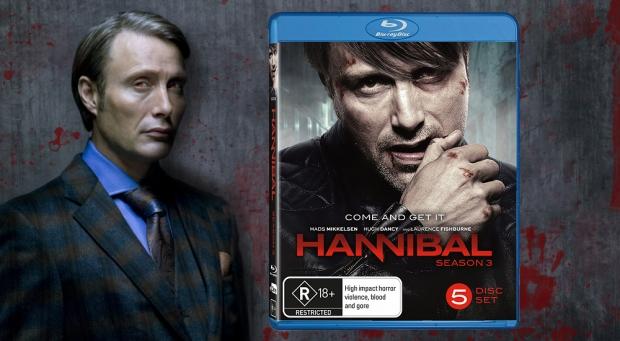 Hannibal (Mads Mikkelsen) is on the run in Europe - accompanied by his psychiatrist, Bedelia Du Maurier (Gillian Anderson) - sporting a new identity, but servicing the same insatiable appetite. As the lives of Will (Hugh Dancy) and Jack (Laurence Fishburne) converge toward Hannibal again, each with their own motivations to catch him once and for all, their deadly dance turns in startling and unexpected ways.

What's your favourite home cooked meal, and why?

'Batman Bad Blood' is available on Blu-ray, DVD and Digital from Australian retailers on February 24.