While Nintendo has kept the NX's hardware capabilities a carefully guarded secret, a new survey indicates that the console could match the Xbox One's performance with a bonus: 4K video. 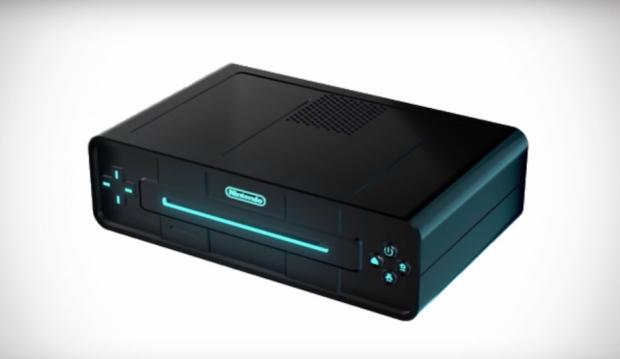 The news comes from a leaked document from GFK, a company that handles surveys for Nintendo, which states that the Nintendo NX will run games at 900p resolution at 60FPS, with support for 4K ultra-HD video streaming. Interestingly enough, this survey corroborates and lends credence to past Nintendo NX reports, including the ability to share achievements and replays as well as track friends' high scores.

The survey also mentions that the NX's gameplay "flows between the console and the handheld gaming device", which fits into the recently filed patents that hint at a combination Wii U gamepad and mobile 3DS controller. 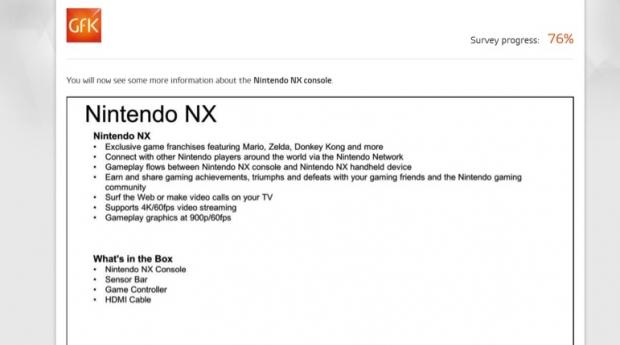 As for concrete details, Nintendo's new president Tatsumi Kimishima firmly assures that the company will spill the beans on the NX sometime in 2016.

Until then all we have to go on are leaks, patents, and hearsay, all of which could hinder or bolster the console when it's finally unveiled. Remember that none of this information has been verified, and patent filings don't necessarily indicate a finalized product.