Despite The Division's ongoing graphics downgrade controversy, Ubisoft is extremely confident in the open-world online shooter. The devs claim that the game is leveraging the full extent of consoles and PC, saying that no platform's hardware performance will go to waste.

"With the SnowDrop Engine, we are able to get the max out of any platform," Ubisoft creative director Magnus Jansen said in a recent interview. "And for us, it's a matter of pride, to be able to support everyone who invests money and they buy the game and allow them to make most out of their hardware. We are utilizing every tiny little cycles of all the platforms to its maximum. That's the sense of pride about not wasting people's hardware."

Although Jansen's claims sound great on paper, is it really a good move to push the Xbox One and PS4 to their limits? Ubisoft did this in the past with Assassin's Creed: Unity, and both consoles simply buckled under the game's weight, leading to disastrous bugs and glitches. Will we see another reprise of this horrific launch, or has Ubisoft learned their lesson?

Either way, Jansen praises PC for its flexible platform, and promises that The Division will support multi-GPU, multi-monitor setups when it launches in March.

It'll be interesting to see if today's consoles will suffer frame-rate drops in The Division, and how the game will perform at launch. We'll get our first taste of the open-world online shooter during the beta test later this month, and when the game releases on March 8. 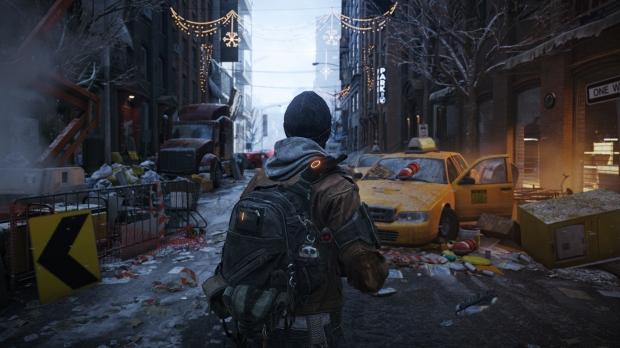