If it's frosty outside, there's a good chance a PC games sale going on! The Humble Store has opened up its annual Winter Sale, which discounts a broad range of games across the entire spectrum. There're sales on Steam Early Access games, yesteryear GOG greats, and even hit 2015 masterpieces like The Witcher 3: Wild Hunt.

If you weren't able to snatch up some goodies during Steam's holiday sale, then the Humble Store has you covered with its new Winter Sale. The promo slices off some steep prices on a galaxy of titles and unlike Steam's rather annoying new sale policies, the Humble Store's deals will come in waves. Since every day opens a new wave of deals, the games can be discounted much more steeply.

A portion of the AAA sale games are carved up into publisher catalogs, which features an excellent array of games from each respective label. Notable publisher sales include Bethesda, SEGA, Capcom, Kalypso and Codemasters. There's also a huge offering of indies and old-school games, so be sure to drop by and scan the deals every day for some prospective goodies. 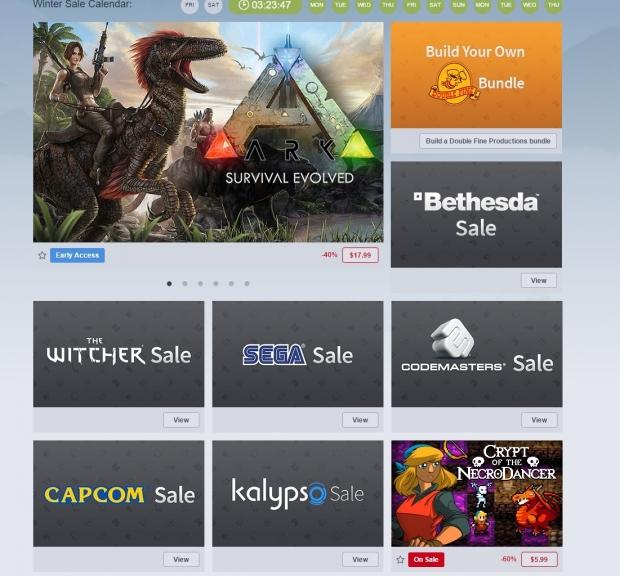