CES 2016 - During our visit with NVIDIA at the Consumer Electronics Show, we got some hands-on time with the latest Oculus Rift VR headset, and the just-delayed Oculus Touch controllers.

We were greeted with the Bullet Train demo from Epic Games, which is an Oculus Touch-powered shooter. It was an amazing ride, powered by the gorgeous Unreal Engine 4, with the Oculus Touch controllers really coming into play. We were able to intuitively pick up the guns (including a pistol, shotgun, hand grenade and even bullets in mid-air) with the Touch controller, and it was awesome. 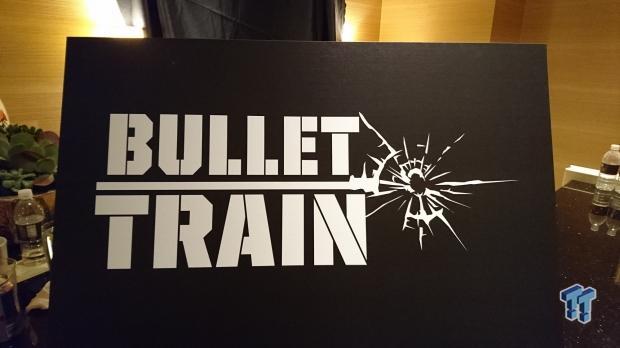 As the rockets are flying toward you, you can grab them in mid-air and throw them back, thanks to the intuitive Oculus Touch controllers. It's something that I can see Oculus being able to sell the entire Rift experience for, especially if they can get these types of experiences into the retail world.