Google and NASA revealed on Wednesday that they've found a critical piece to the enigmatic puzzle of quantum computing that could usher in a new generation of ultra-efficient computers. 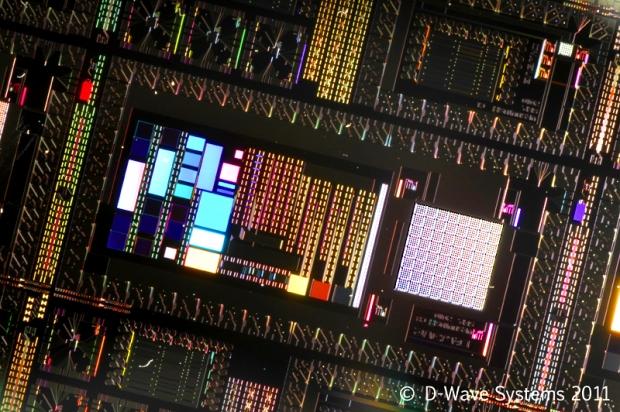 For the past two years, Google and NASA have combined their scientific might via the Quantum AI team to study the mechanics and possible advantages of quantum computing. It's taken quite a while, but the team has finally tapped the power of its D-Wave X2 system to demonstrate just how powerful quantum computing really is.

Using a processing called quantum annealing, the Quantum AI team was able to prove that the quantum computer not only works but represents tremendous gains over traditional problem-solving systems. The scientists discovered a new quantum annealing algorithm that processed and solved complex binary workloads over 100 million times faster (10^8) than methods simulated on single-core non-quantum computers. Essentially this means that Google's D-Wave X2 system can serve as a major tool to understand, define and experiment with the realm of nanoscale quantum computing.

"We found that for problem instances involving nearly 1000 binary variables, quantum annealing significantly outperforms its classical counterpart, simulated annealing. It is more than 10^8 times faster than simulated annealing running on a single core. We also compared the quantum hardware to another algorithm called Quantum Monte Carlo. This is a method designed to emulate the behavior of quantum systems, but it runs on conventional processors. While the scaling with size between these two methods is comparable, they are again separated by a large factor sometimes as high as 10^8," the team wrote in their research report. 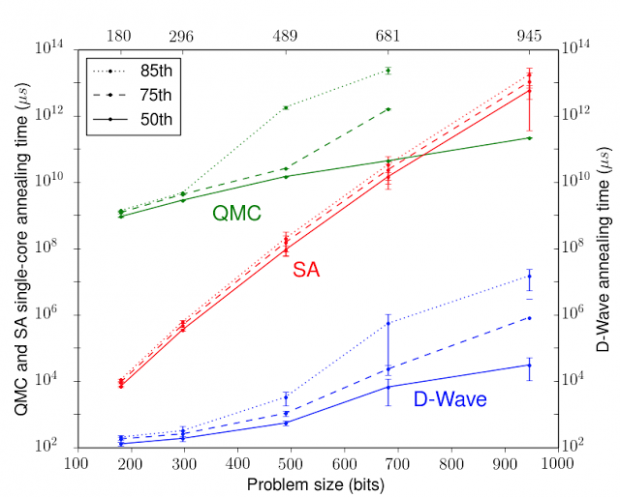 What does this mean for the real-world? Quantum computing will likely completely revolutionize the world of computing as a whole and open the doors for immensely powerful supercomputers that are capable of amazing tasks. The field is also a massive boon to artificial intelligence and robotics, and both Google and NASA are eager to push these boundaries to fully tap the future of technology. "We are optimistic that the significant runtime gains we have found will carry over to commercially relevant problems as they occur in tasks relevant to machine intelligence," the report states.

While these findings are nothing short of a breakthrough, the Quantum AI team notes that their work is far from done. "While these results are intriguing and very encouraging, there is more work ahead to turn quantum enhanced optimization into a practical technology," Hartmut Neven, Google Quantum AI Director of Engineering said. Next-generation quantum annealers must be outfitted with specific hardware before practical hardware can be developed.

In other quantum computing news, researchers at the Oregon State University have successfully fused nanocircuits to sensitive materials like paper. OSU discovered a new method of photonic sintering using low-heat Xenon lamps that allow quantum circuits to be printed onto ultra-flexible substrates, which could lead to new breakthroughs in smart wearables, solar cells, and even AI robotics. 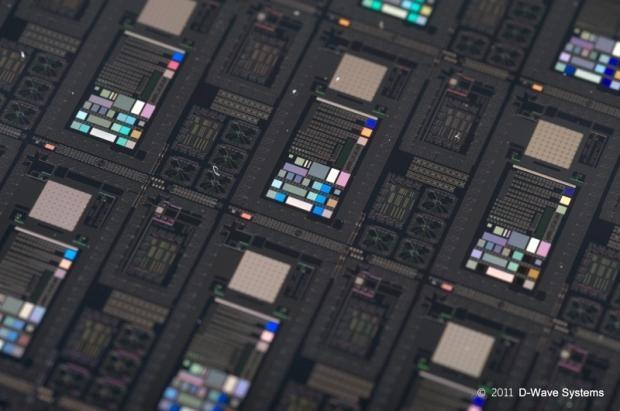