We knew they were coming, but the 10-core/20-thread Broadwell-E CPUs have been confirmed through a leaked roadmap from Intel. We should expect the chipmaker to launch an entire family of Broadwell-E processors throughout 2016. 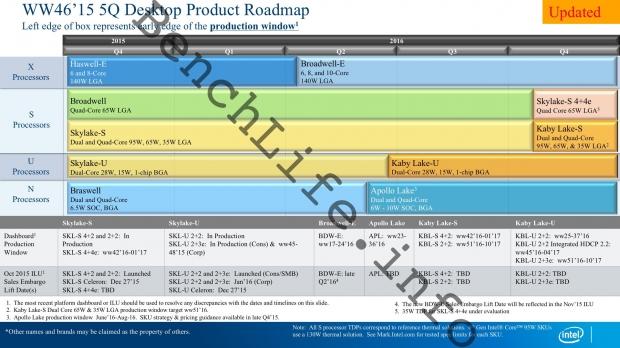 Intel is expected to launch 6-, 8-, and 10-core offerings - with the assistance of Hyper-Threading boosting those up to 12-, 16-, and 20-threaded processors. Not only that, but we should expect new Broadwell, Skylake-S, and Skylake-U processors throughout 2016, where in Q4 2016 it looks like we should see Skylake-S 4+4e and Kaby Lake-S offerings unveiled.