To capitalise on the upcoming release of 'The Force Awakens', 'Star Wars Battlefront' and 'Disney Infinity 3.0', Sony PlayStation and Disney have teamed up to release two limited edition Darth Vader themed PS4 console bundles, with a specially designed lid and controller, along with some other 'Star Wars' goodies.

To be released in November worldwide, the console will be available in two bundles; both with the 500GB console version and a download voucher for four classic remastered 'Star Wars' titles including the Super Nintendo 'Super Star Wars', the PS2 'Racer Revenge', 'Jedi Starfighter' and 'Star Wars Bounty Hunter', and your choice of physical copies of 'Disney Infinity 3.0' or 'Star Wars: Battlefront". 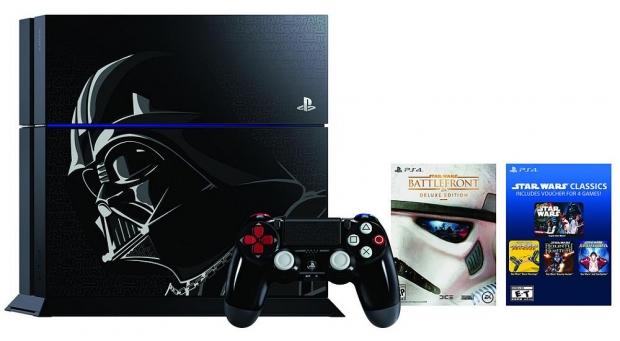