If you're a little short on cash or just crazy about overclocking, MSI is offering up some beastly prizes including its new GODLIKE motherboards alongside Intel CPUs and PCIe NVMe drives, HyperX RAM and HyperX SSDs to winners of this newly-announced event. 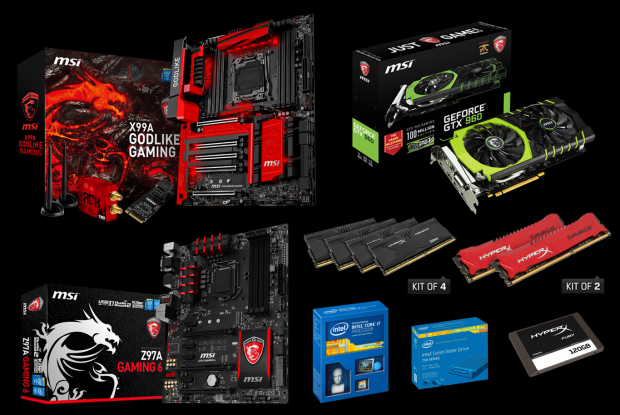 These high-end prizes will be distributed to top placing competitors in the wide variety of competitions on offer including 2D battle and 3D battles expanding to categories such as ambient and extreme cooling, with limitations on overclocking specifics and CPU frequencies.

If you're interested in learning more about the competition or entering for yourself, you can head to the official event page or check out the press release.

For just one example of the amazing prizes on offer, here is the first place package in the ambient section.