We aren't even half way through the year but we're hearing about what Intel will be releasing in the second half of 2016, according to a new leaked roadmap from the chipmaker. 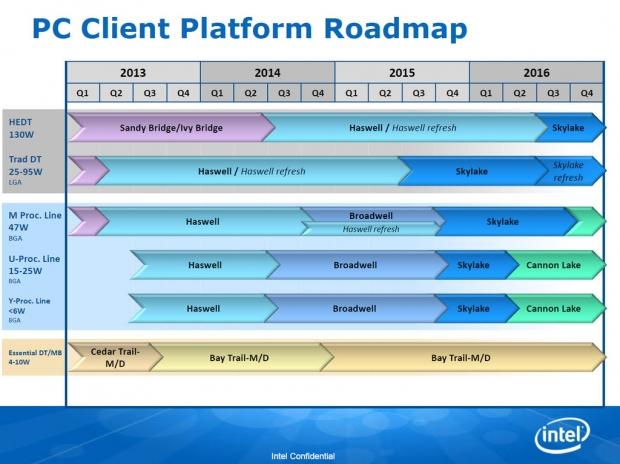 Intel is expected to launch the Skylake architecture during Computex 2015 next month, something that will include the flagship Core i7-6700K processor. But what about 2016? Well, we are looking at Intel moving into their first 10nm processors with the new Cannonlake architecture, which should be an extremely low-power CPU, something that is going to really take flight in Ultrabooks. The mobile parts will come out in 10nm first, with desktop CPUs made on the 10nm arriving sometime in 2017.

Moving onto the HEDT side of things, Intel will release its next-gen High-End Desktop processor in Q3 2016 in the form of Skylake-E. Before that, we should expect Broadwell-E in Q1 2016, which will work on the current LGA 2011-3 socket. The new Skylake-E architecture will launch sometime in the second half of 2016.