A game that has come out of nowhere but should be on your radar is Studio Wildcard's upcoming ARK: Survival Evolved, which is a multiplayer first-person survival game coming to Steam Early Access next month, and then onward to the PS4 and Xbox One in 2016.

ARK: Survival Evolved will be running a heavily modified version of Epic Games' Unreal Engine 4, with fully dynamic lighting and global illumination, dynamic weather systems that include rain, fog, snow and more, as well as true-to-life volumetric cloud simulation. Better yet, it will also be compatible with DirectX 12 when Microsoft launches Windows 10 later this year.

Not only will ARK: Survival Evolved be powered by the delicious Unreal Engine 4, and compatible with DX12, but it will also support VR headsets like the Oculus Rift, and Sony's Project Morpheus. There are also Mac and Linux versions being worked on, which will be announced at a later date. 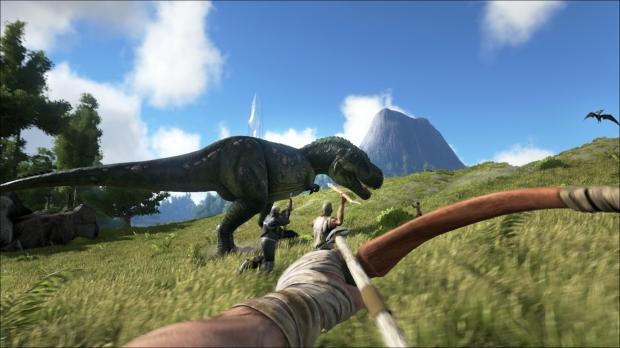