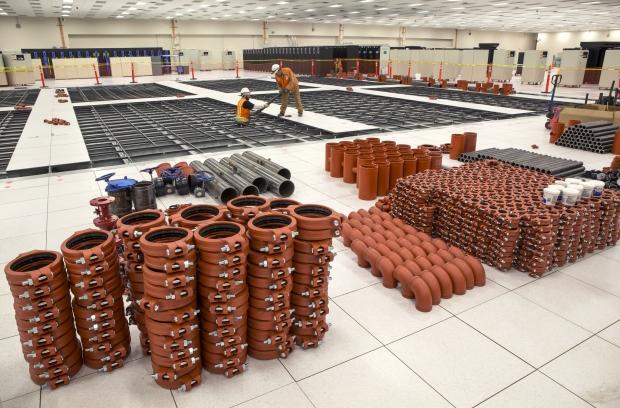 We did mention that this system is fairly eco-friendly - this is backed up by part of their statement which reads "instead of city water, the new cooling plant will utilize water from LANL's Sanitary Effluent Reclamation Facility (SERF), saving millions of gallons of well water per year."