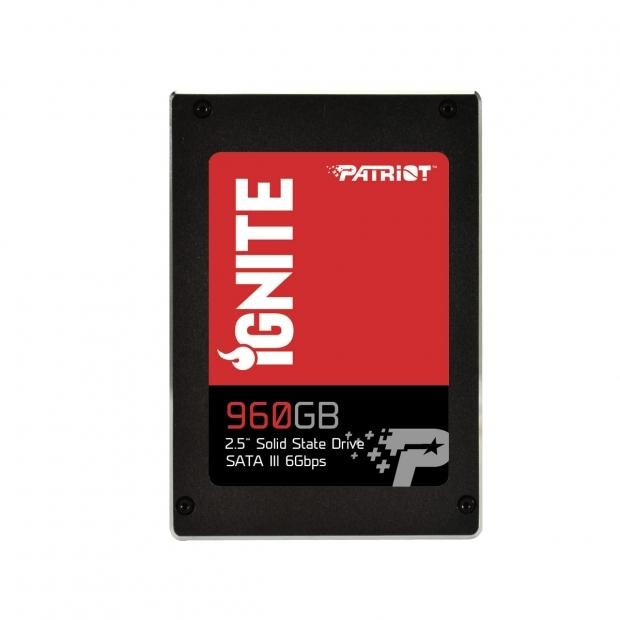 The Patriot Ignite SATA III SSD is claimed by Patriot in their latest press release as "one of the fastest drives available, the Ignite has record shattering speeds and impressive capacities to boost PC performance at a cost efficient value." Being released in 480GB and 960GB versions, these SSDs are Patriot's largest offerings yet.

To help you fill your spacious drive and access your programs as fast as possible, the "Patriot Ignite utilizes the new Phison S10 controller to reach a maximum sequential read and write speeds of up to 560MB/s and 545MB/s respectively and backed by a SATA III 6.0 Gb/s interface." This speed and storage comes at a price however, with the 480GB edition set to cost you $214.99 on release this month alongside it's bigger brother, the 960GB, which will cost users $404.99.