Do you remember that amazing production quality 1999 Holden Barina advertisement from around 5 months ago? It was developed by David Johns and his Chimney crew as a way to drum up interest in his company and quite possibly sell his car.

Well, the Barina has starred again! This time it's the main 'character' in 'Barinageddon', seeing it pitted against some scientists wishing to use it as a test subject in their crazy experiments all sponsored by local company, NRMA Insurance.

The official blurb in the trailer for this apparent full-length feature film reads:

"Based on some true events, the film follows the journey of the Barina as it enters a secret testing and research lab. However, a freak accident turns this hubcap-lacking hatchback into... BARINAGEDDON. Threatened by nothing and seeking revenge on no-one, but the question remains how will humanity survive?

Love the trailer? David Johns and his equally brave colleagues at Chimney will make it into a film should it be funded, pledge and get involved to make it happen."

The production team is humorously named "Bad Action Films", complete with dodgy special effects and B-grade acting. All of this aside, we can't wait to see a satire Transformers spin-off and I'll certainly be pledging to the cause through their Kickstarer campaign. 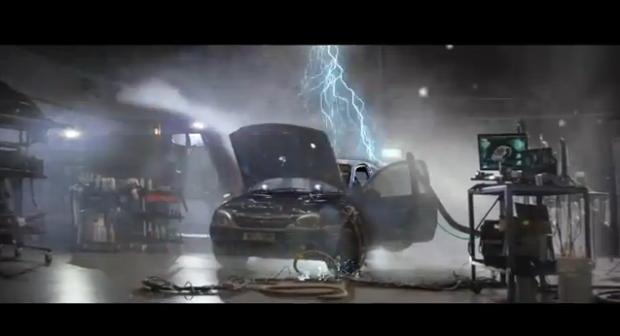