Self proclaimed as "Australia's Largest Retailer", Kogan is well known amongst tech savvy Aussie locals as providing a cheaper alternative for devices such as TV's, monitors and camera hardware. However, in latest news they've just released a Windows 8.1 operational laptop for just $329 AUD with decent specifications. 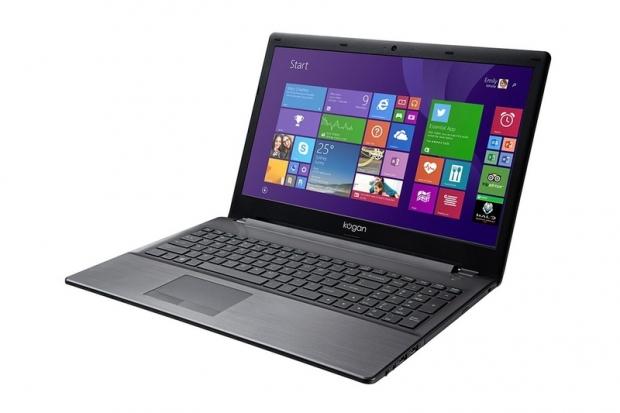 Named the Kogan Atlas X1510 Laptop, this $329 bargain will be released to the public on December the 15th - said to be just in time for Christmas. Based around an Intel N3540 quad-core processor running at 2.16GHz, it comes coupled with 4GB or DDR3L RAM and a 500GB HDD. The display comes in the form of a 15.6-inch screen displaying at 1366 x 768 pixels and sees the device measure at a total of 274mm long, 259mm deep and 2.1kg in weight. Although well-priced, it's not a particularly small object, but it does offer the user a reported 9.5 hours of battery life.

Connectivity is fairly standard on this device, offering up a HDMI port, VGA capabilities, one Gigabit Ethernet port, one USB 3.0 port, three USB 2.0 ports, a headphone and separate microphone port, full-sized SD card reader and provides you with the ability to connect through 802.11ac Wi-Fi and Bluetooth 4.0. Reportedly being released with a $15 discount for Office 365, this laptop looks good so far - we're interested to see what the build quality, feel and actual operation are like however.