Popular image board Reddit has made their "Ask Me Anything" platform an extremely popular way for celebrities, politicians and persons of interest to talk to members of the public through an 'ask and tell' type scenario. However, there are times when this simple instance of self-promotion can go extremely wrong, or very right. The last time we saw such a blowout in /r/IAmA was that of Woody Harrelson's PR agent pretending to be him, which was a massive contrast to hilarious offerings like lil Jon's "sleep or police". 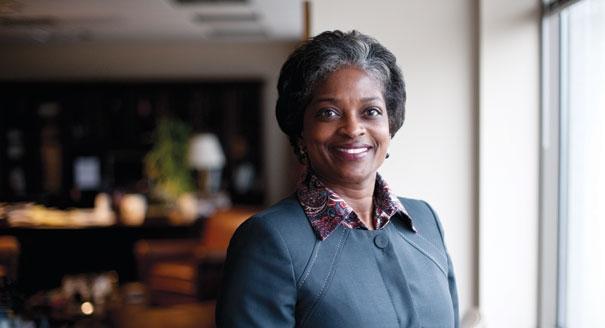 As described in a wrap-up Reddit post by Reddit user Fluffy017, "it goes about as well as you'd expect". The general population of Reddit can be seen as 'internet activists', with many instances being reported of them achieving things such as financing Kickstarter campaigns all the way to getting a NASCAR car sponsored by their popular 'Doge' meme.

Net Neutrality is a hot topic among this online board and defined as defined as "the principle that Internet service providers and governments should treat all data on the Internet equally, not discriminating or charging differentially by user, content, site, platform, application, type of attached equipment, or mode of communication." Basically meaning, certain companies could receive an unfavorable advantage simply due to their positioning. market share or who's income they decide to supplement.

In a brave (or misguided) way to connect with the online public, the FCC's commissioner Mignon Clyburn opened up this AMA only to be asked the 'hard questions' which obviously went unanswered. To give you an example on net neutrality's reception within Reddit's audience, we'll link you a few questions below.

As explained in by another user, kbjwes77, "This AMA looks to me like a political stunt to say something along the lines of, "Yeah, I went on that interweb thing and talked to the American people! We had discussions about everything from Net Neutrality to Eminem!".

However, I haven't seen one solid, thought out answer to any of the big questions here. The majority of your replies, Ms. Clyburn, seem to me to be rushed, half-assed, and quite vague." If you wish to take a look at this summary of the whole thread, please feel free to do so.

If you're having a slow day or maybe feeling a little down, we suggest taking a quick skim of this thread. However beware, it may enlighten you to the sad truth that no matter how much we may troll, wail or carry on - Net Neutrality is something that's unlikely to change.