Nifty has taken to Indiegogo to fund its latest product, the XOO Belt. What is the XOO Belt? It's an actual belt, with a 2100mAh internal lithium ion battery that features either a Lightning connector, or micro USB connector to charge your smartphone.

Your smartphone can be sitting in your pocket while it charges it up, which is a really nice feature. The battery technology that the UK-based company used it actually a flexible battery, placed inside of the belt itself. Nifty explains: "We've hidden six overlapping layers of cutting-edge flexible battery within each belt, giving a base power of 1,300 mAh of charge. Add this to the 400 mAh in each buckle-for a total of 2,100mAh-and you've enough to fully charge an iPhone 6 with some left over".

Nifty hopes to start shipping its XOO Belt's to backers in July 2015. 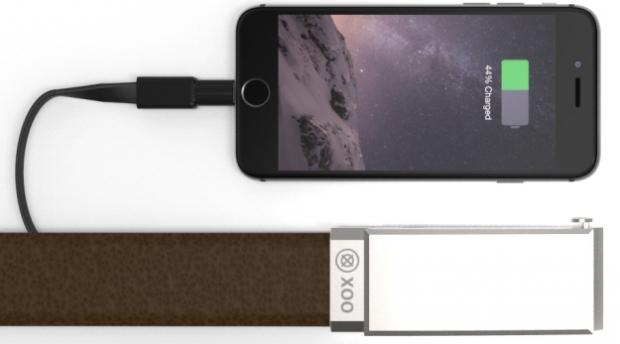