During the NVIDIA's Editors Day 2014 in Monterey Bay, California just a couple of months ago (man, I miss that place) the company showed off its new second-generation Maxwell architecture, and gave birth to the GeForce GTX 900 series. But one of the cooler things shown off during the event, was VXGI, or Voxel Global Illumination. 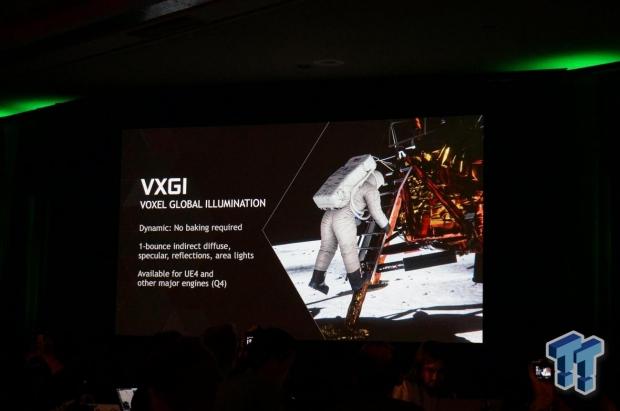 NVIDIA used VXGI to recreate the infamous photo from the Lunar landing in 1969, attempting to debunk conspiracy theories on whether it happened - and whether the photos were fakes or not. Well, the company has now released that Apollo 11 demo, for anyone with a GeForce GTX 970 or GTX 980 to play around with it.

The Apollo 11 demo is powered with Unreal Engine 4, and takes some serious GPU horsepower to run it.