Flash Memory Summit 2014 - Scott Shadley stopped by our booth to discuss Micron's latest products at the Flash Memory Summit. Micron's ability to create their own NAND provides them a huge advantage over many non-fab competitors. The consumer SSD market is extremely competitive of late, and Crucial (Micron's consumer arm) leads the pack with some of the lowest price points available. Another key advantage is the use of their 16nm NAND. This allows them to retain a pricing advantage (The MX100 is a perfect example), and its solid performance also keeps Micron's SSDs among the best in price v performance metrics.

Moving to the enterprise side, Micron is very competitive in the value segment and high-end PCIe SSDs. The M500DC sports impressive performance at an equally impressive price point for the 2.5" segment. The P420m fills the role of an affordable PCIe SSD with chart-topping performance, and for those in need of the ultra-high-end, the Micron P320h still holds the overall crown. It doesn't get better than durable SLC NAND paired with speed fast enough to saturate the PCIe 2.0 bus with random data. If we had an SSD Hall of Fame, the P320h would be the first drive in the door. 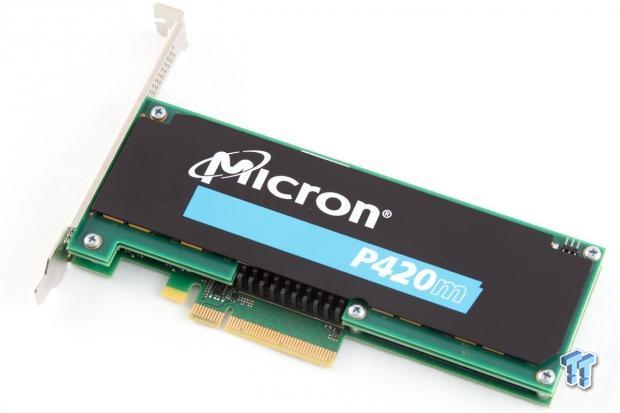 Of course Micron isn't resting on their laurels. They are releasing their NVMe PCIe and 2.5" SSDs early next year. Much of the secret sauce that provides Micron's chart topping performance with the existing PCIe SSDs is likely due to NVMe knowledge; they are one of the founding members of the NVMe consortium. Micron helped define expectations for high-performance PCIe SSDs, which leads to some excitement to see what Micron brings with their new NVMe SSDs.