Flash Memory Summit 2014 - The SSD industry is moving fast, and several companies with core SSD controller IP have been purchased by larger companies. As SSDs become more mainstream some of the smaller players, such as SMI, JMicron, and Phison, have become more prevalent in the SSD market.

The 88SS1093 features 4GB/s or 2GB/s endpoints, dependent upon host system customization, via a x4 PCIe 3.0 connection. The leaner command set and multiple queue/pair mechanisms within the NVMe stack will provide higher performance and lower latency in comparison to older interfaces.

Perhaps most importantly, LDPC technology can support 15nm TLC and 3D NAND.The endurance trade-offs of TLC require robust error correction technology. More TLC products are coming to market soon as Toshiba and Hynix start to sell TLC NAND to third parties. The controller supports NVMe 1.1 with its Tri-core CPU architecture, and also supports volumes up to 2TB. The 28nm CMOS process will enable lower cost and less power consumption. Power consumption is always relevant in mobile applications, and the small footprint of the 88SS1093 will likely be found in many laptops in the M.2 form factor. 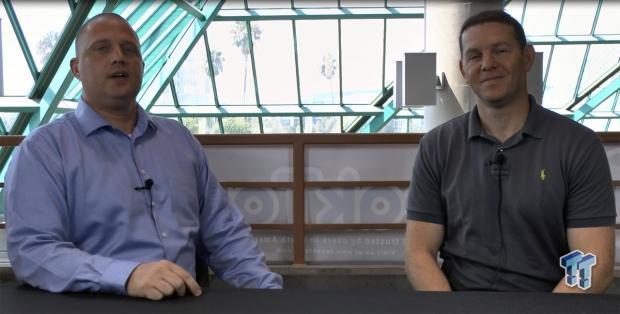