It looks like $500 million doesn't buy much these days, with Destiny locked at 30FPS on all consoles. The makers of Halo, Bungie, are behind the new franchise, which will reach the Xbox 360, Xbox One, PS3 and PS4 later on September 9. 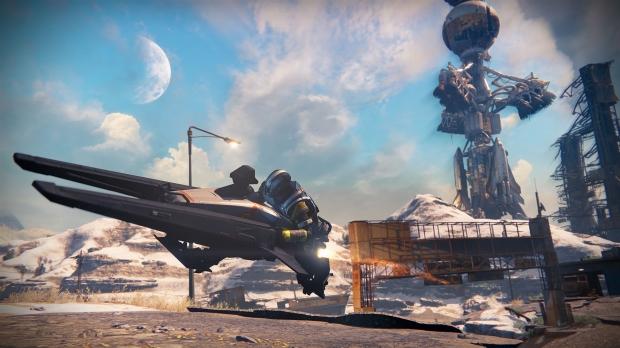 But even with the increased horsepower found in the next generation consoles, they'll still be locked at 30FPS - but will contain graphical advantages. Destiny's Senior Environment Artist, Jason Sussman, said during an interview with VentureBeat: "It's a lot of different things. I could get really technical, but I'd bore you to death. A lot has to do with performance. We're cross-platform, so we had to be very delicate with all four consoles, making sure they have the same experience, that it looks as good as it possibly can on all these consoles. A lot goes into that, from geometry to textures to post effects to particles to how many players you get on the screen. We're always balancing that out to make sure everyone gets the same experience".

Destiny isn't the only game to be locked at 30FPS on next-gen consoles, with Ubisoft's The Division being locked at 30FPS, too. But don't even get us started on the problems with Ubisoft, as Far Cry 4 doesn't look like it will be any special on the PC, and Watch Dogs has already been gimped on the PC, big time.