Forty-five years ago, a group of former executives from the then industry leader, Fairchild Semiconductor, broke ground on a company that would eventually become the second largest chip maker in the world. I am of course talking about Advanced Micro Devices or more commonly known as AMD. AMD's founding members include: Jerry Sanders III, Ed Turney, John Carey, Sven Simonsen, Jack Gifford and three members from Gifford's team, Frank Botte, Jim Giles, and Larry Stenger. 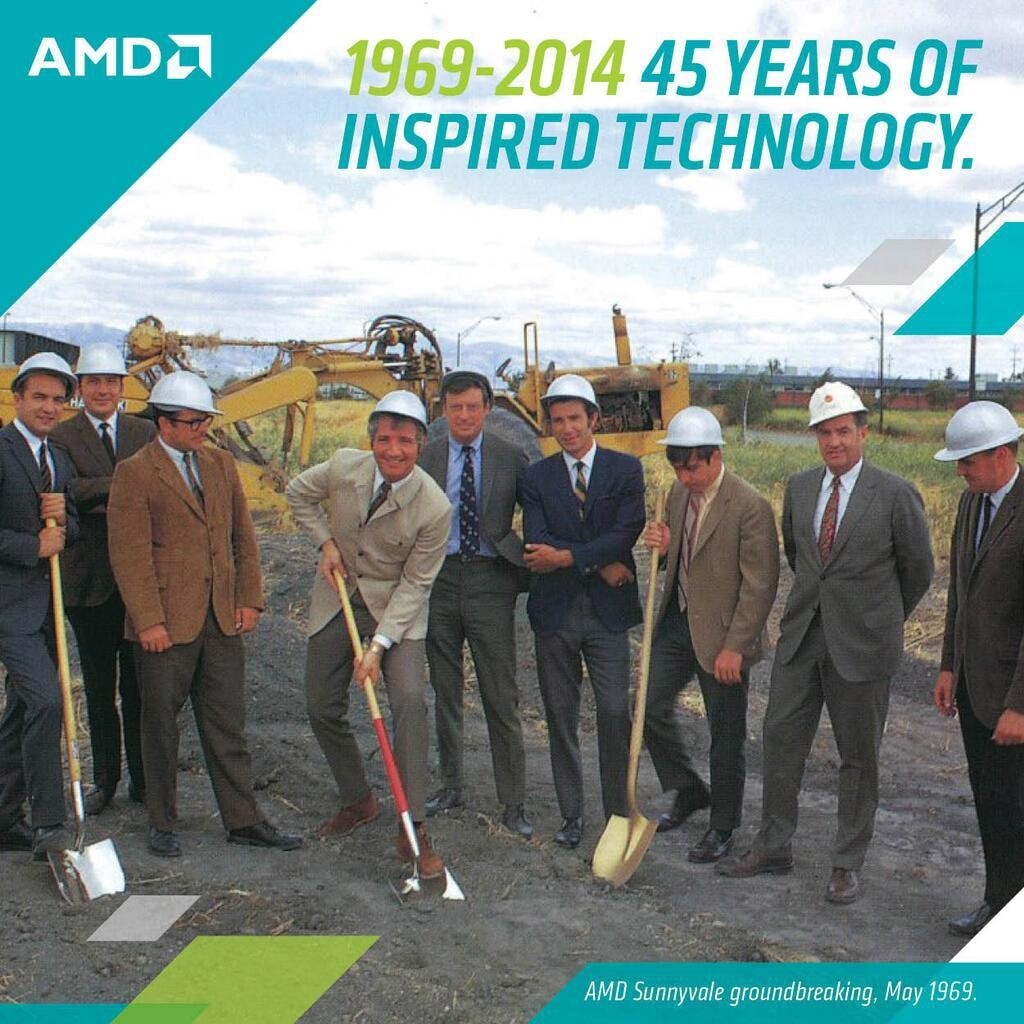 Today AMD is a massive powerhouse in the tech world and is responsible for many of the PCs that you are reading this story on. For many others, AMD is the fuel behind the intense gaming session they had last night, and even the reason so many got into custom PCs in the first place. My first custom built PC was based around an affordable AMD processor, and without such consumer-focused company, I may not be here today writing this article. So from the bottom of my heart, and everyone here at TweakTown, Happy Birthday AMD!