The LED light bulb is slowly starting to replace the normal incandescent all around the world thanks to its longer life and green design. Philips is one of many companies that already offer LED light bulbs that can be controlled via a smartphone app. Philips first announced its iOS controlled LED lights in 2012. 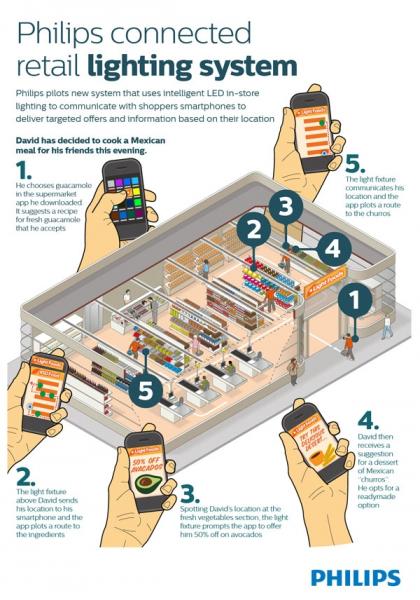 The company has been tweaking those lights and has announced a new lighting system for retail stores that will not only light the way for shoppers; it will also help them find what they are looking for. The lighting system is intelligent and works with an app running on the user's smartphone. 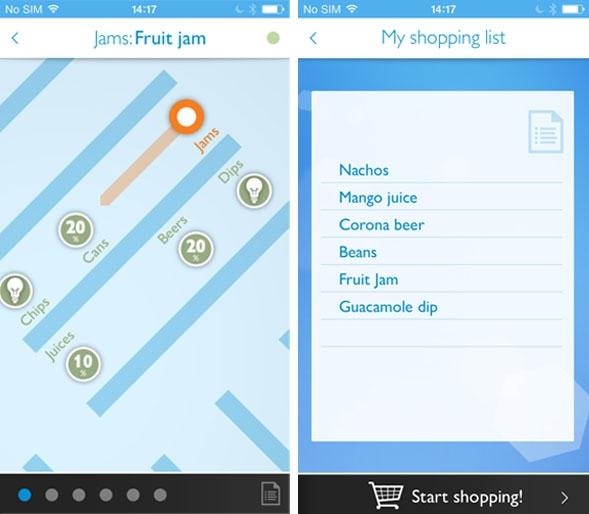 The smartphone app knows where the user is in the store at all times thanks to connectivity from the lights in the ceiling. The app can help the user find exactly what they are looking for in the store isles without having to hunt someone who works there. That is a big benefit to the shopper and the lighting system helps the store too by offering the shopper timely discounts and coupons as they shop.

For instance, as the shopper strolls by the vegetable counter, they can get an offer for 10% off avocados or other items. The system also allows the user to tell it what they want to make, such as guacamole, and then it will suggest a recipe and show the user where everything they need is located. The system is being trialed in Germany right now.