While Flappy Bird may be gone from the App Store, its still available on thousands of iPhones around the world. With Flappy Birds quick rise in popularity combined with its abrupt end, there is no doubt that there are those who are willing to pay handsomely for a copy of the game they never got to download. 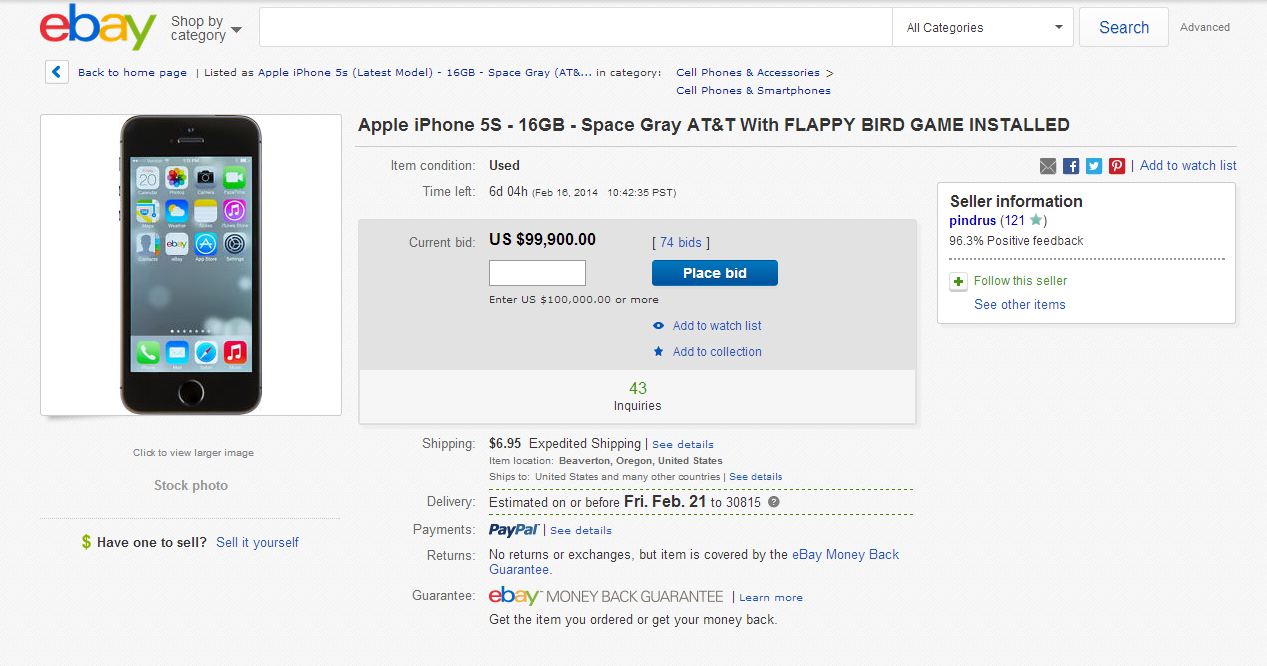 After the game was pulled from both marketplaces yesterday, iPhone's began popping up on eBay with the game installed. Surprisingly many of these phones quickly sold for anywhere between $400 to upwards of $2000, but the biggest surprise came when one phone quickly climbed to $10,000 and continued to rise from there. At the time of this writing, the price is sitting at $99,000 with 74 bids in total and over six days left on its auction clock.

I have bid on some crazy stupid stuff on eBay before, but spending $100,000 on an iPhone to be able to play a simple game that amounts to noting more than a rip-off of a rip-off takes the cake. In my town, $100k will buy you a fairly new 1500 square foot home, with enough left over for an economy-class car. On a side note, if anyone is looking for a slightly used HTC One with Flappy Bird installed, I know where one might be for sale for a cool $98,000.