CES 2014 - We all know Lenovo has some of the best notebooks on the market, but it has just refreshed its X1 Carbon notebook at the Consumer Electronics Show 2014 that is currently cranking along in Las Vegas. 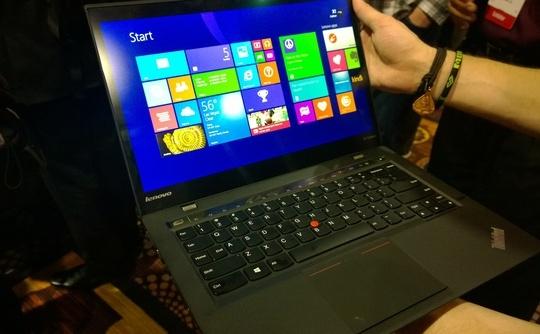 The refreshed Thinkpad X1 Carbon offers a carbon fiber-constructed chassis, which weighs in at 2.8 pounds. Something unique that Lenovo has done with its X1 Carbon is provide an Adaptive Keyboard, which the company claims "dynamically adjusts based on the software or application being used to highlight the most relevant keys". The 14-inch display is of the anti-glare variety, with Lenovo offering up a 1600x900 or 2560x1440 resolution.

Lenovo has provided a rapid-charge technology, which will provide 80% of the total charge in under an hour, on top of a nine-hour battery. The pricing on the Lenovo Thinkpad X1 Carbon isn't bad, starting at $1,299. The refreshed X1 Carbon will be available starting at the end of the month.