Alan Rusbridger, editor of The Guardian, is being threatened by British police over "potential" terrorism charges for publishing the incriminating NSA and GCHQ documents that NSA whistleblower, Edward Snowden, leaked. 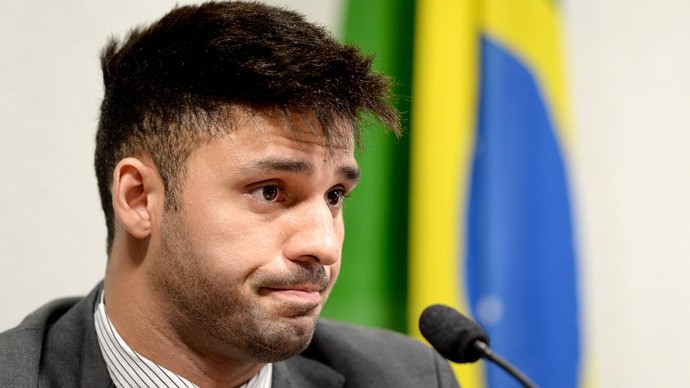 Rusbridger testified in front of a British parliamentary committee on Tuesday, where lawmakers pushed the suggestion that the Guardian helped terrorists, just because the British paper revealed UK and US spy agency 'secrets'. Rusbridger stood his ground, stating that the government spying going on all around the world should be of public knowledge.

The Guardian editor said: "We have published I think 26 documents out of the 58,000 we've seen, or 58,000 plus. So we have made very selective judgments about what to print. We have published no names and we have lost control of no names."

Critics are comparing the current spy scandals and "terrorism" charges against the infamous anti-communism hearing which were conducted by US Senator Joseph McCarthy during the Cold War. Ben Emmerson, the UN special rapporteur on counter-terrorism, said: "The astonishing suggestion that this sort of journalism can be equated with aiding and abetting terrorism needs to be scotched decisively. Attacking the Guardian is an attempt to do the bidding of the services themselves, by distracting attention from the real issues. It is the roles of a free press to hold government to account, and yet there have even been outrageous suggestions from some conservative MPs that the Guardian should face a criminal investigation."